What the Conservative Party leadership hopefuls tax proposals could mean

With the country’s tax burden at the highest for 70 years, the Conservative Party leadership candidates opened their campaigns, leading with pledges around tax. CEO Nimesh Shah explores each of these pledges and what they could mean. We are now down to the final two. 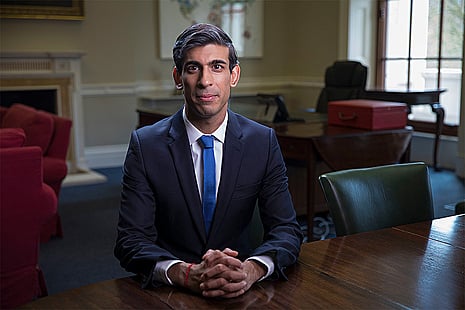 Former Chancellor of the Exchequer

During his time as Chancellor, Rishi Sunak was the architect of cutting entrepreneurs' relief from £10 million to £1 million, freezing tax allowances until April 2026, introducing the 1.25% health and social care levy and increasing corporation tax to 25% from April 2025 - all culminating in the highest tax burden in the country for 70 years.

A matter of weeks into his role as Chancellor, Sunak put his best foot forward with a £300 billion pandemic support package, with his flagship furlough scheme gaining him widespread applause. Since then, Sunak's star has faded and was only able to offer a 5p reduction in fuel duty and aligning the lower earnings limit for National Insurance to the personal allowance in his last Spring Statement.

However, Sunak had promised to cut the basic rate of income tax to 19%, but not until April 2024. The fiscally responsible former Chancellor stands by his actions and has ruled out any tax cuts until the public finances improve.

The present Foreign Secretary will cut taxes "from day one". Truss says she will cut fuel duty by more than the 5p per litre reduction already in place and introduce a temporary suspension of the green energy levy to help with rising energy costs.

To support working families, Truss wants to reverse the National Insurance rise, which she says would incentivise job creation and increase the marriage allowance to the level of the personal allowance.

The MP for South West Norfolk has pledged to “keep corporation tax competitive so we can attract business and investment into Britain” but hasn't gone as far as confirming that she would fully cancel the scheduled increase to corporation tax to 25% from April 2023.

She has also proposed an an overhaul of business rates but not offered any specific details.

The former Levelling-up Minister supports lower taxes "to boost growth and productivity…" but has been light on the exact detail of her proposals so far.

The MP for Fareham has pledged to cut the cost of Government to fund a “radical” and "rapid" plan to slash taxes.

The Attorney General wants to remove VAT from energy bills and reduce Corporation Tax to attract investment, but hasn't committed to the exact levels.

MP for Gillingham and Rainham

The MP for Gillingham and Rainham has declarated a vision for lower taxes but wouldn't commit to providing specific policy measures without seeing the detail.

A previous Conservative Party leadership contender against Boris Johnson, Jeremy Hunt has focused on supporting business and wants to cut Corporation Tax to 15% at his first Autumn Budget.

The former Foreign Secretary also set out a plan for a five-year business rates holiday for the most deprived parts of the country. However, Hunt intimated that his tax cutting proposals are predicated on growth saying that an Income Tax cut has to be "done in a way which is sustainable".

Hunt is one of the few leadership contenders who has confirmed the 1.25% health and social care levy would remain as the "NHS needs the money".

The former Chancellor wants to cut fuel duty by 10p within days of becoming Prime Minister.

Javid also pledged to cut Income Tax by 1p in April 2023, reduce Corporation Tax by 1p per year until it reaches 15% and cancel the the 1.25% health and social care levy (even though this was introduced during his short time as Health Secretary).

The Minister of State says that '"simply looking at tax rises or cuts is a vast oversimplification of our economic challenges...". Mourdant, an early favourite amongst Conservative MPs, said she would offer targeted tax cuts by reducing VAT on fuel from 20% to 10%, halt the National Insurance rise (the 1.25% health and social care levy) and cut Corporation Tax.

The MP for Portsmouth North would also raise the basic and higher rate tax thresholds by inflation to combat the fiscal drag effect for middle-income working families.

The Transport Secretary says he will hold an emergency budget within days of becoming Prime Minister but he has so far only been able to offer an accelerated 1p Income Tax in April 2023. Shapps says the Government cannot put up taxes in the short-term and he would freeze the scheduled increase in Corporation Tax.

Shapps has a vision for lower taxes which would hopefully become clear at his first budget.

MP for Tonbridge and Malling

Tom Tugendhat was early into the leadership contest, and has said he will reverse the National Insurance increase (the 1.25% health and social care levy) and reduce fuel duty. Tugendhat has also claimed the tax system should be used to stimilate investment, and is targeting the research and development tax regime to achieve this strategy.

Tugendhat's backers have said that he would be a 'natural tax cutter' if selected as the next Prime Minister but Tugendhat himself has warned that tax cuts cannot be the 'only round in the magazine' for boosting the economy.

Chancellor of the Exchequer

Zahawi is currently in the driving seat on the Government's tax policy, and the newly appointed Chancellor claims that "nothing is off the table" when cutting taxes for families and businesses. The former Education Secretary will bring forward the planned 1% cut to the basic rate of income tax to 2023 and have a further 1% cut to 18% from 2024.

Zahawi would cancel the planned Corporation Tax increase proposed by his predecessor, and abolish VAT and green levies on energy bills for two years.

Complete the form to receive the latest news and insights from Blick Rothenberg on the topics of interest to you.

You can come back at any time and update your preferences.